2018 We Are One - A Concert Celebrating Diversity

We Are One - A Concert Celebrating Diversity is a fundraiser for Play It Strange and Newmarket Rotary but it’s much more than that.

The performances covered three generations of songwriters, musicians and singers from all over New Zealand. Young songwriters from our Play It Strange competitions. Performers from the autism and tourette’s communities. Iconic NZ artists. It was a show to remember! 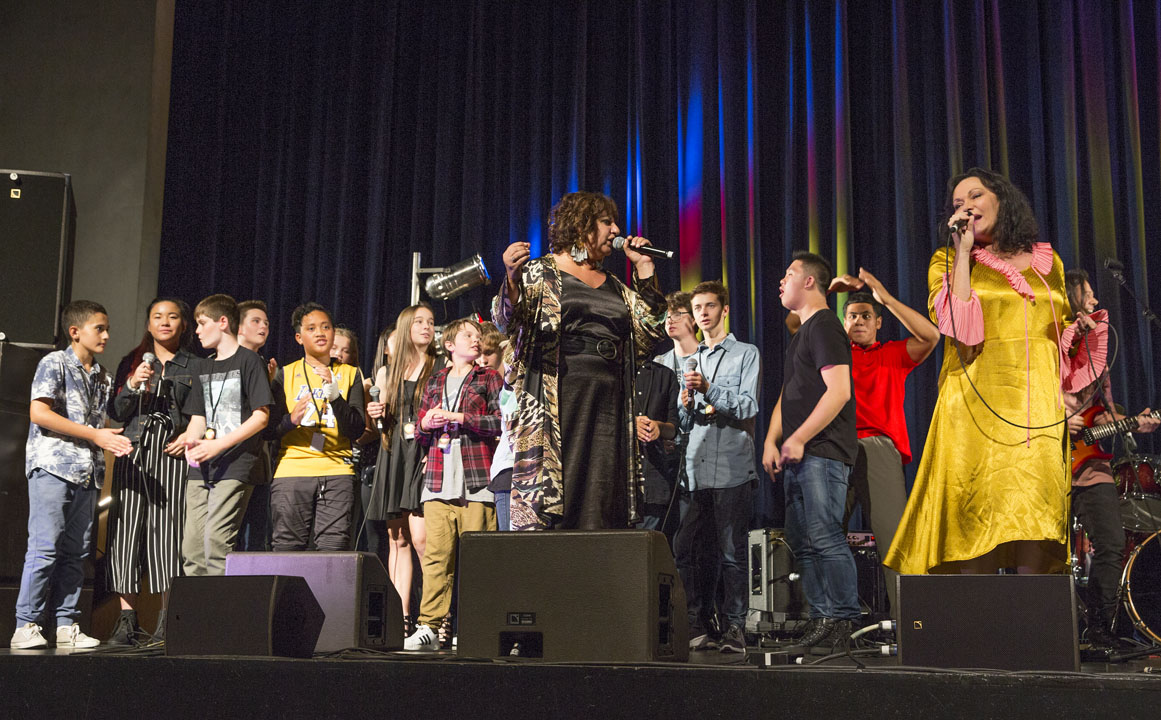 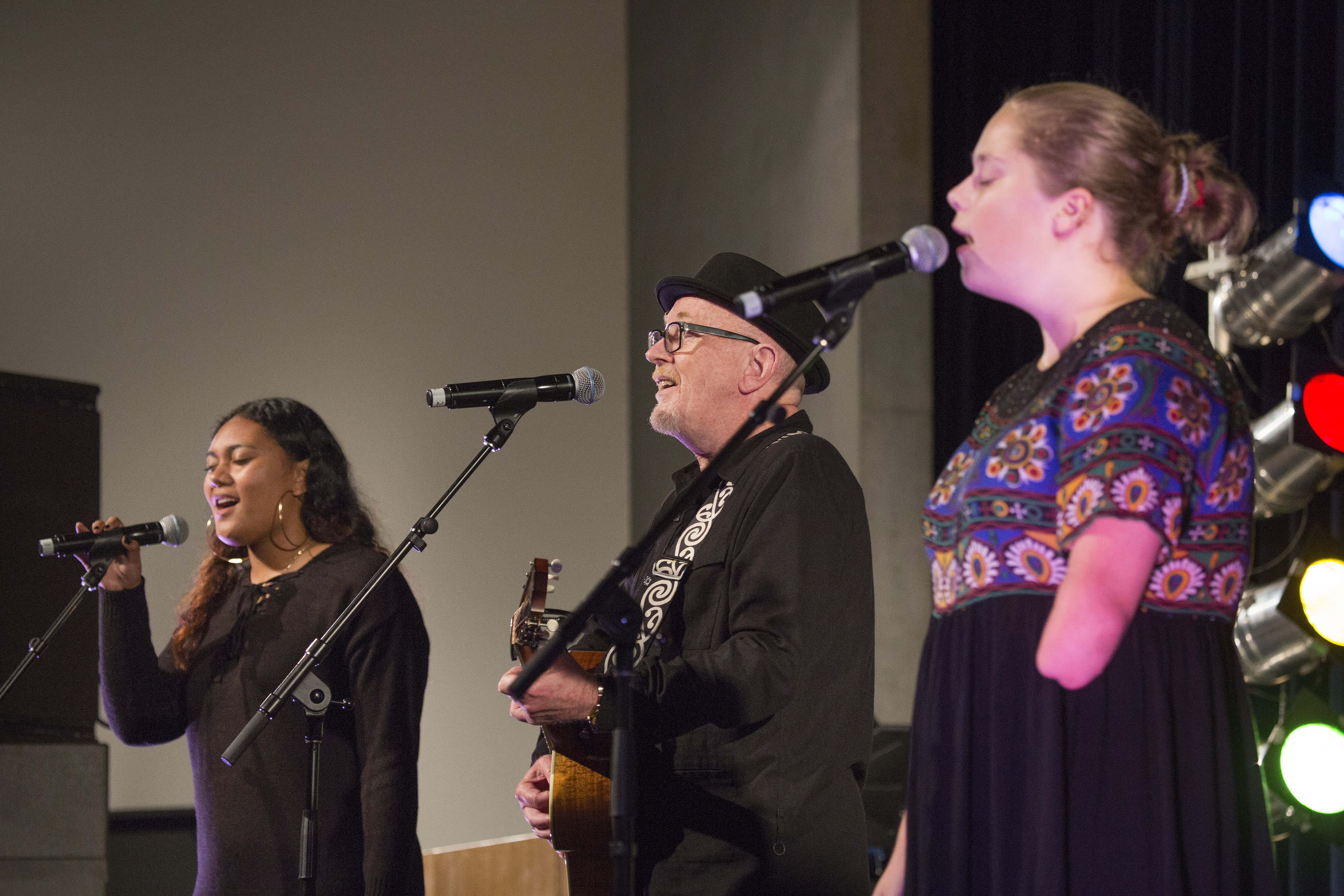 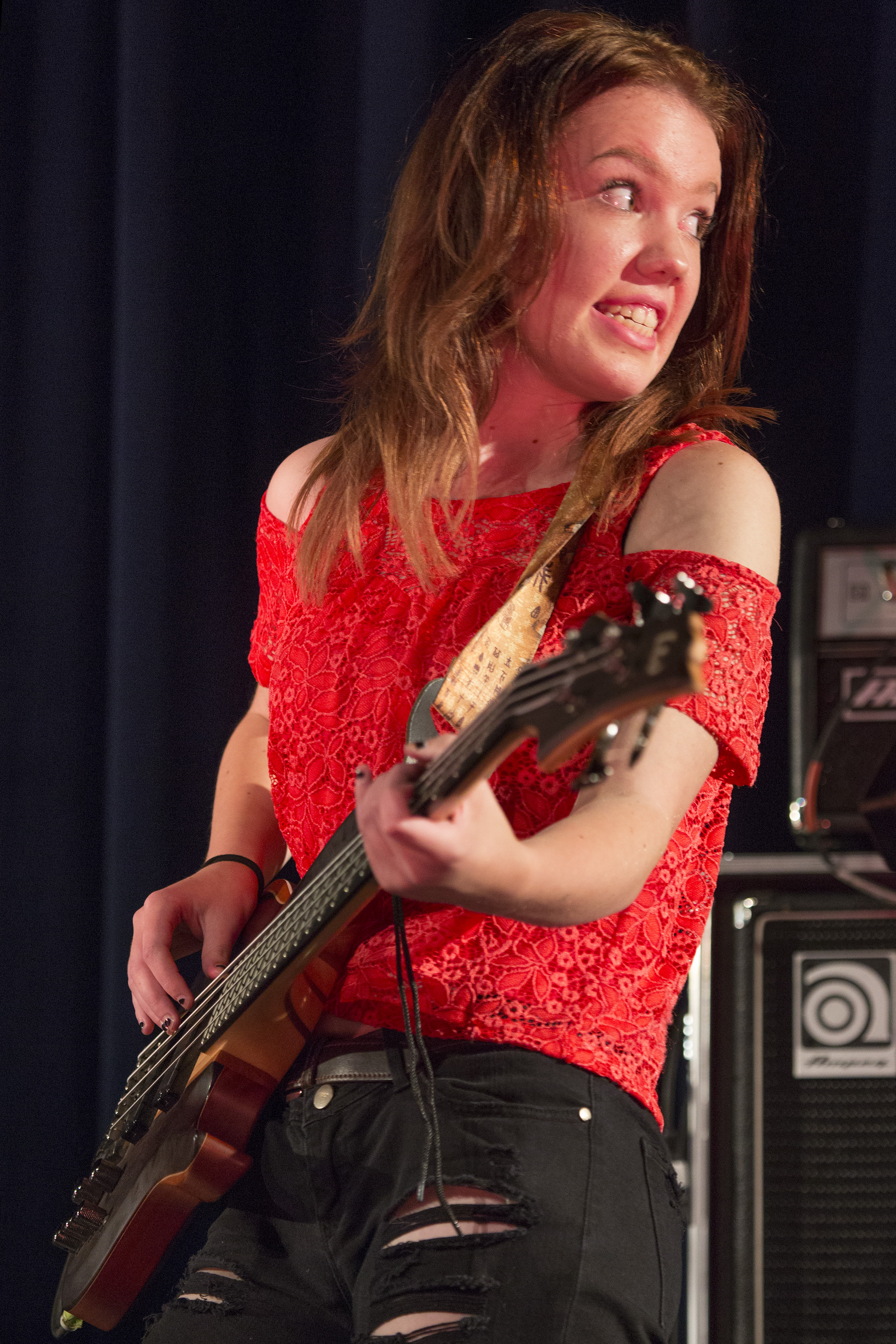 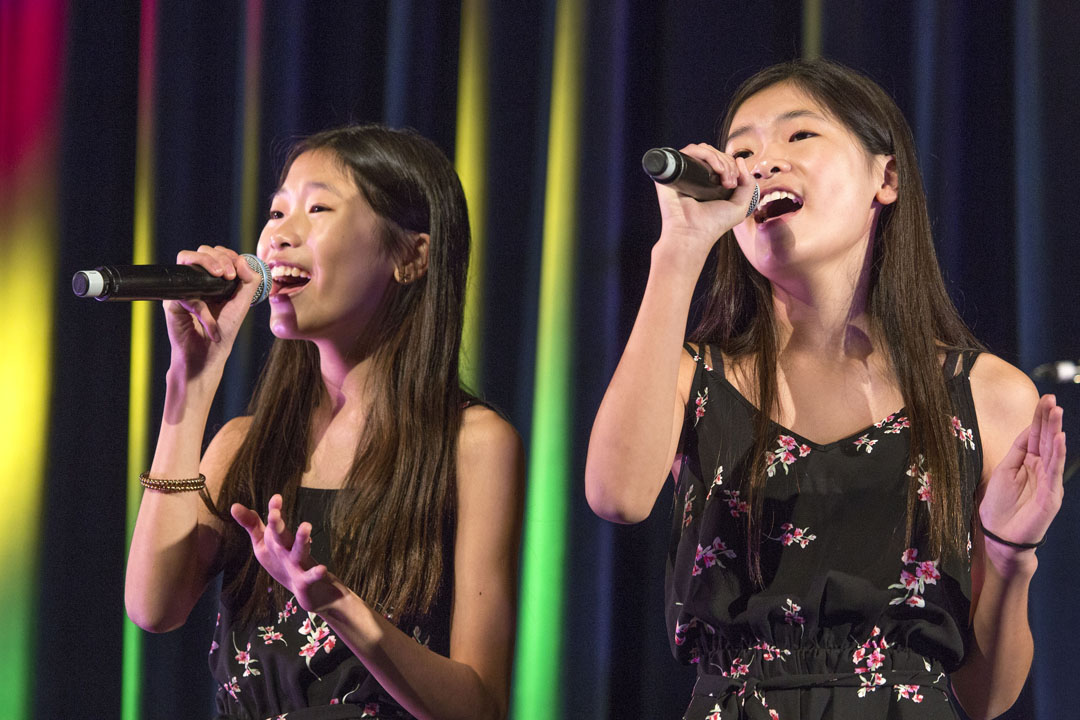 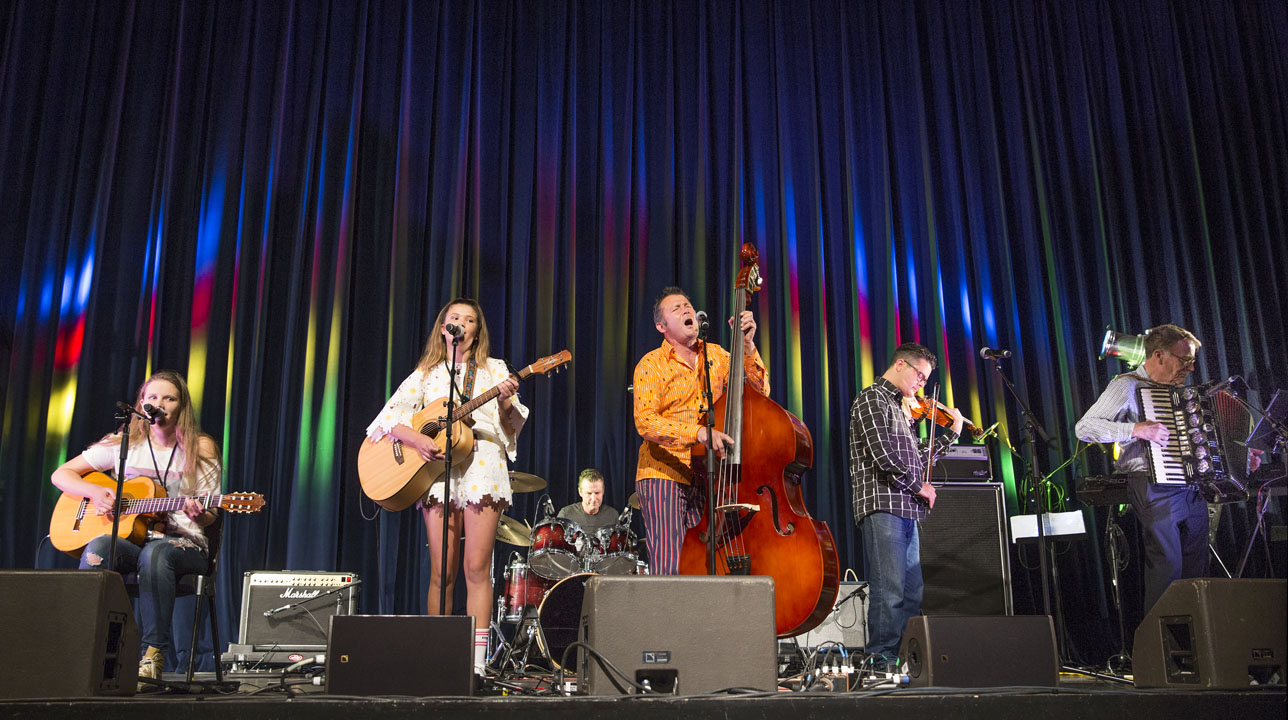 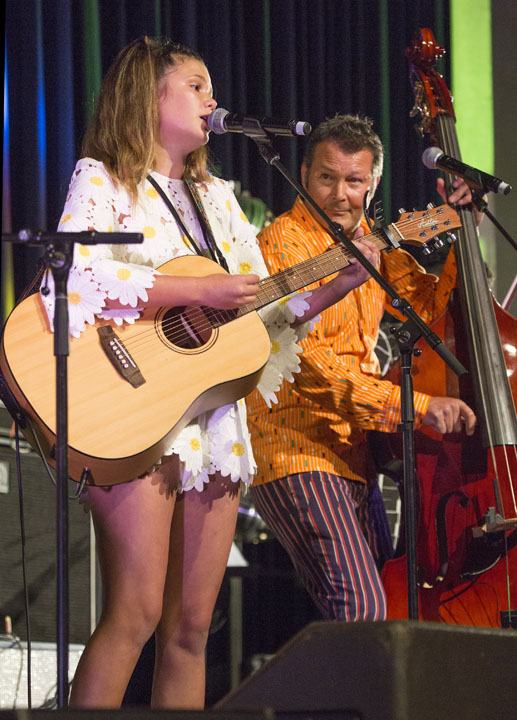 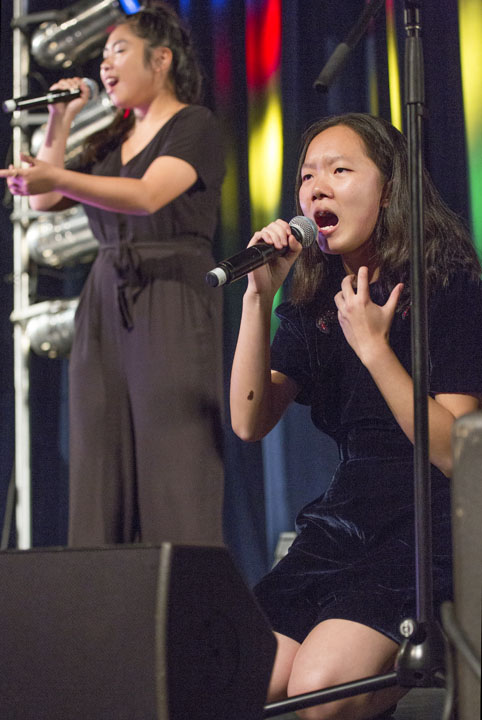 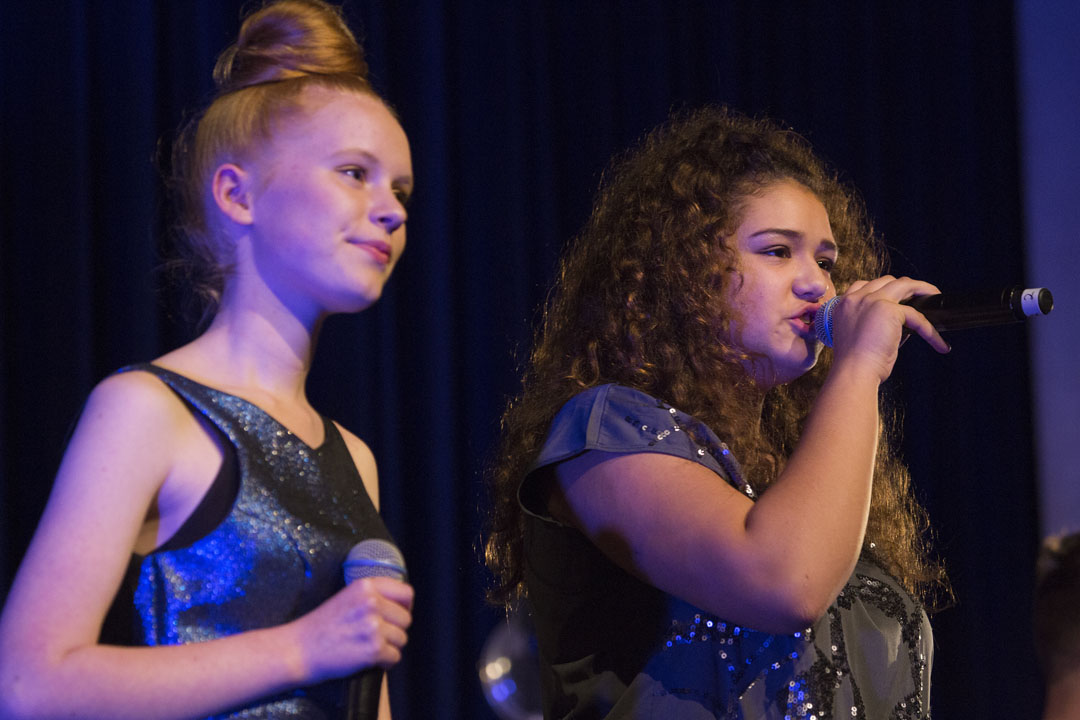 Play It Strange and Newmarket Rotary staged a fundraising concert in 2017 titled – ‘WE ARE ONE - A Concert For Autism’ at the Sacred heart College auditorium.

It was a huge success and raised funds for Autism NZ and Play It Strange. Many songwriters and performers from all walks of life performed – from Jordan Luck, Peter Urlich to Fiona Macdonald and Larry Morris.  A number of autistic performers took to the stage and Play It Strange songwriters aired their original songs. The photos here tell the story.

Thanks to The Rockshop for the great backline equipment and NZME for their promotional support on Coast FM and Herald Online. 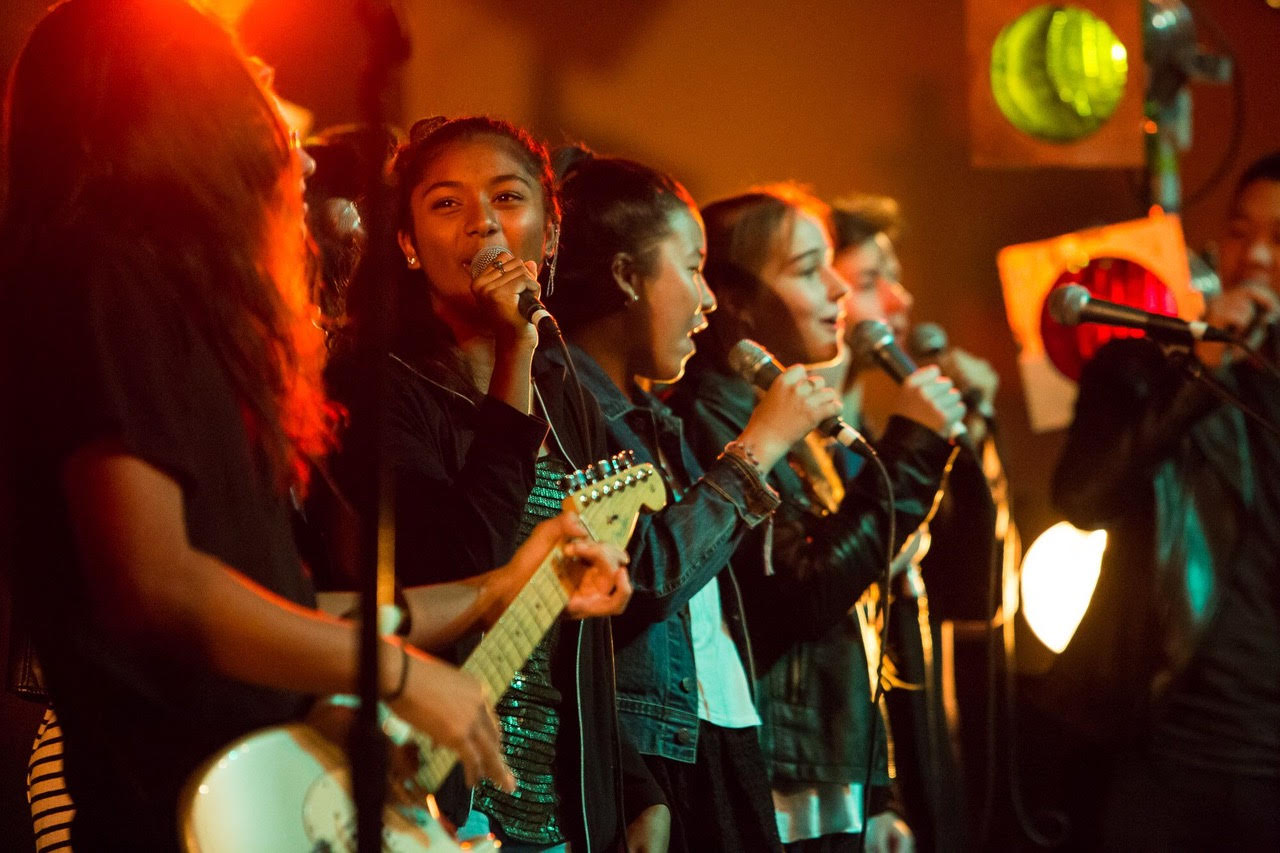 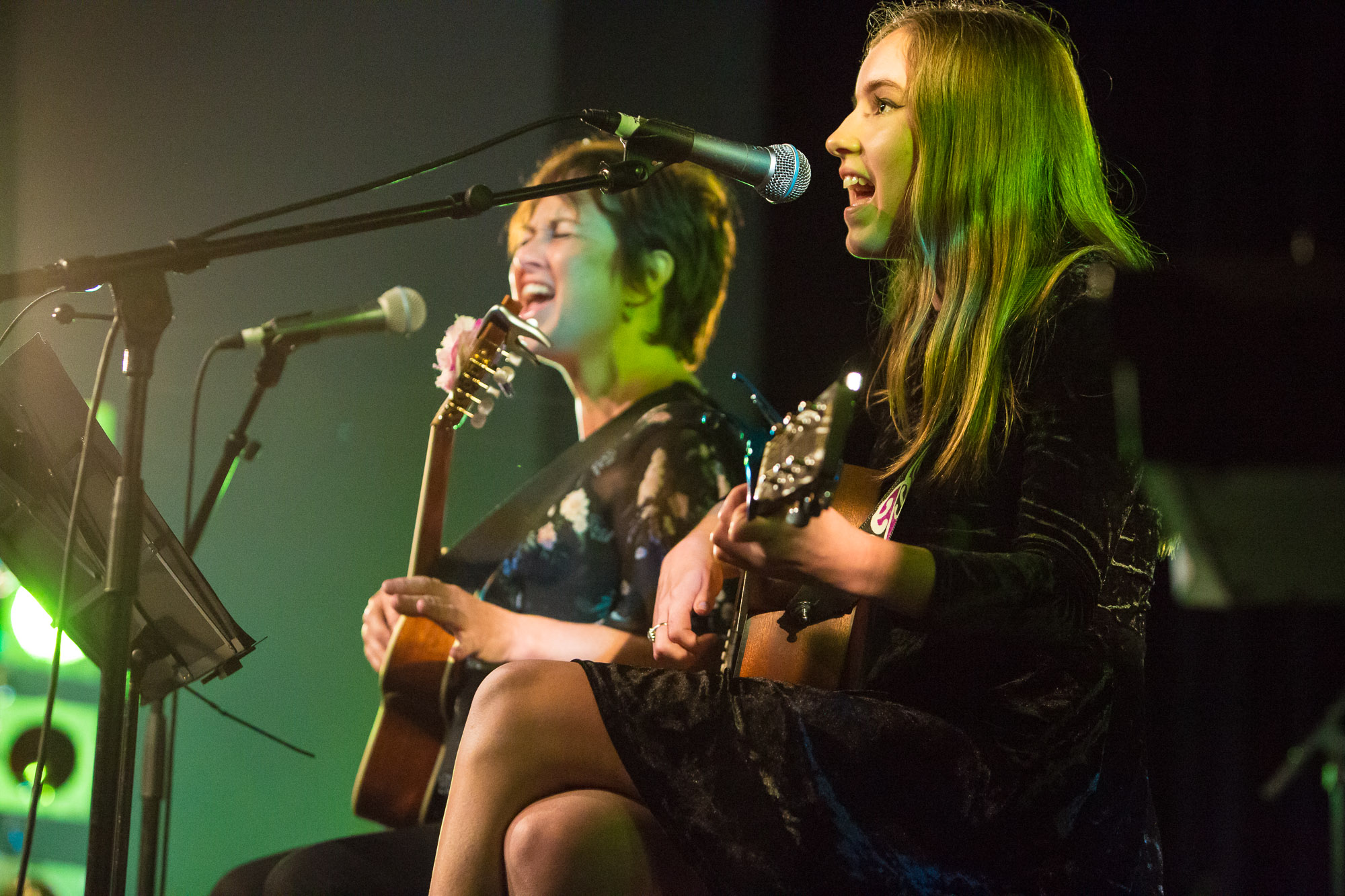 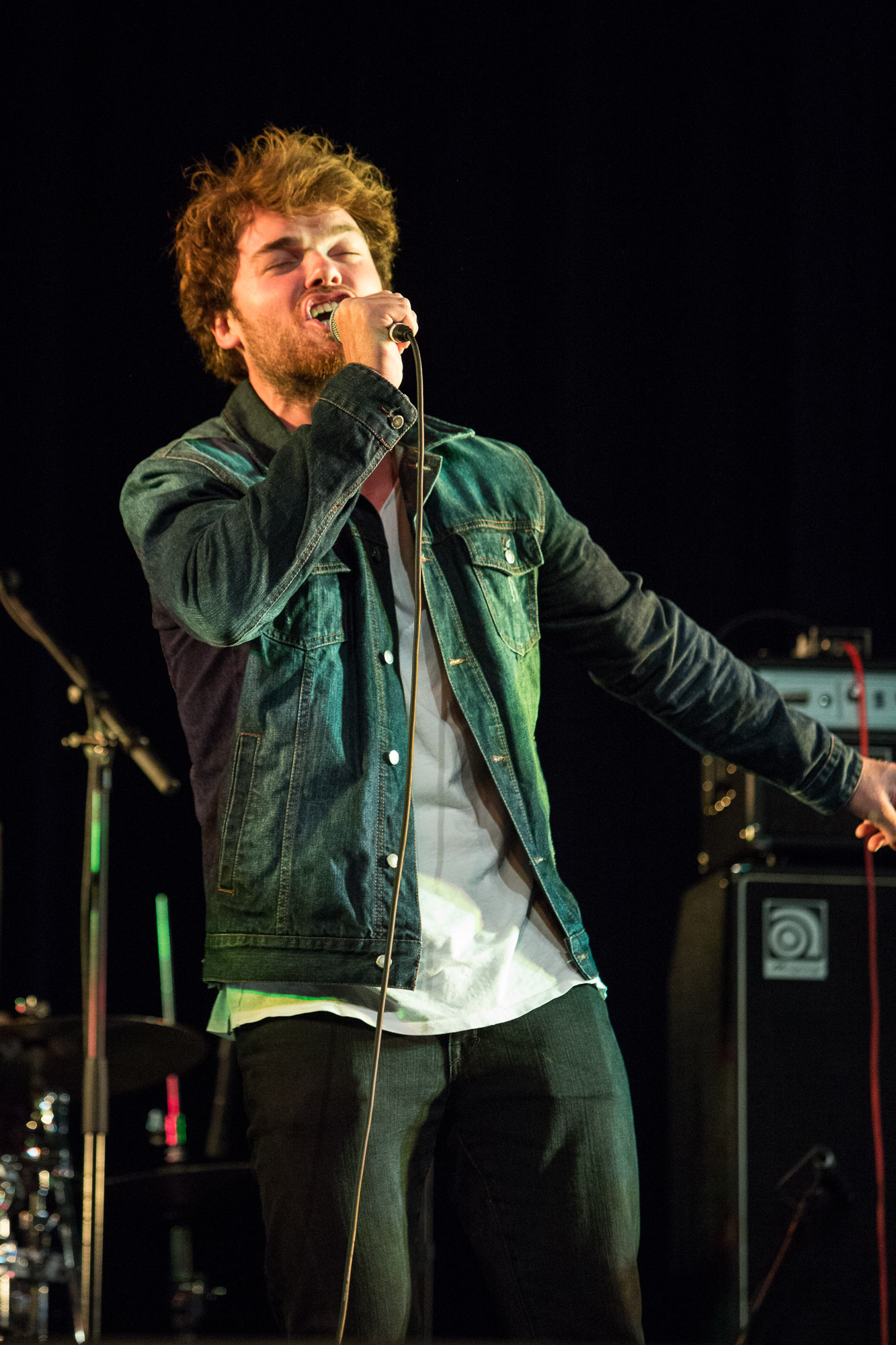 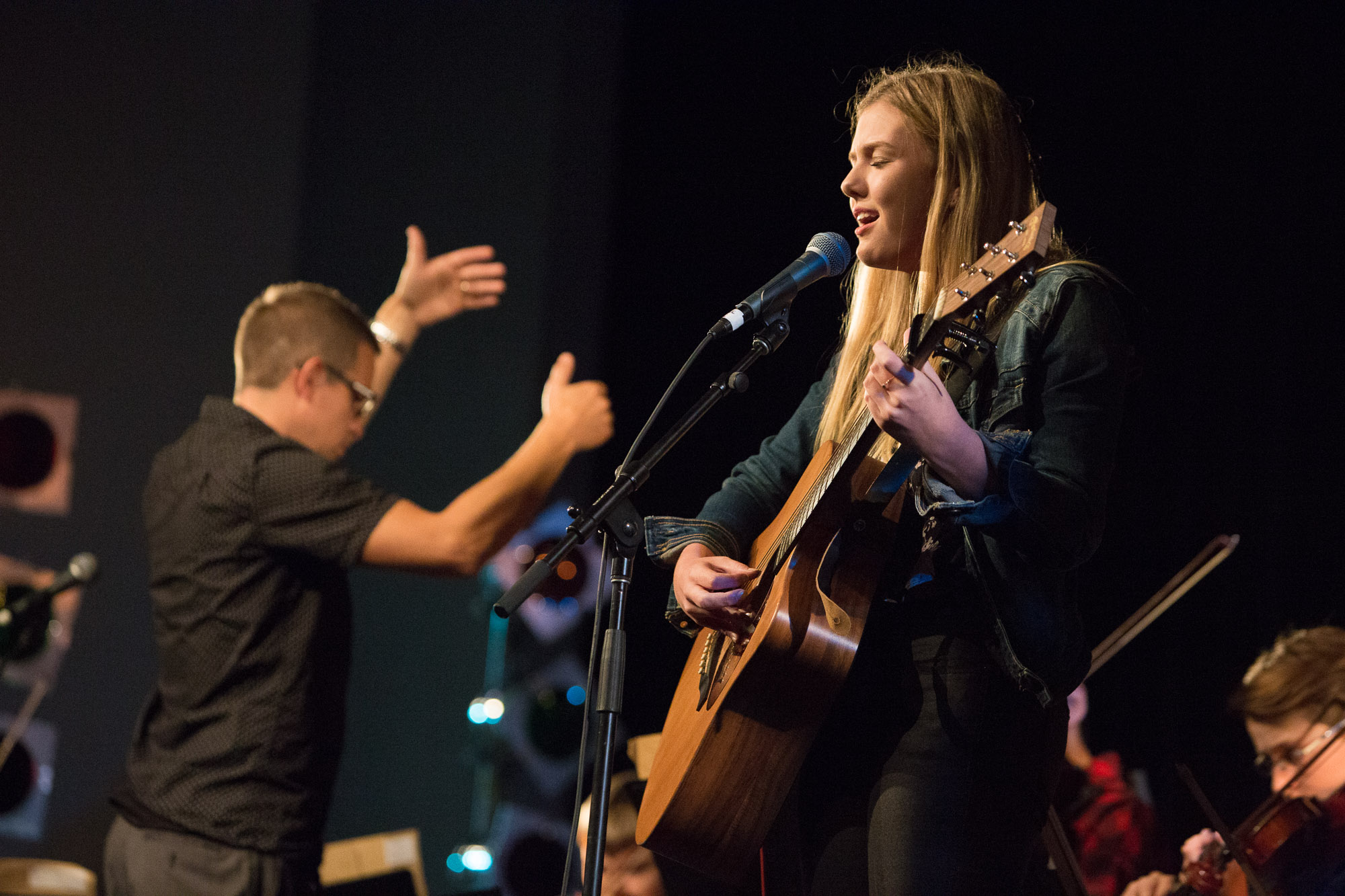 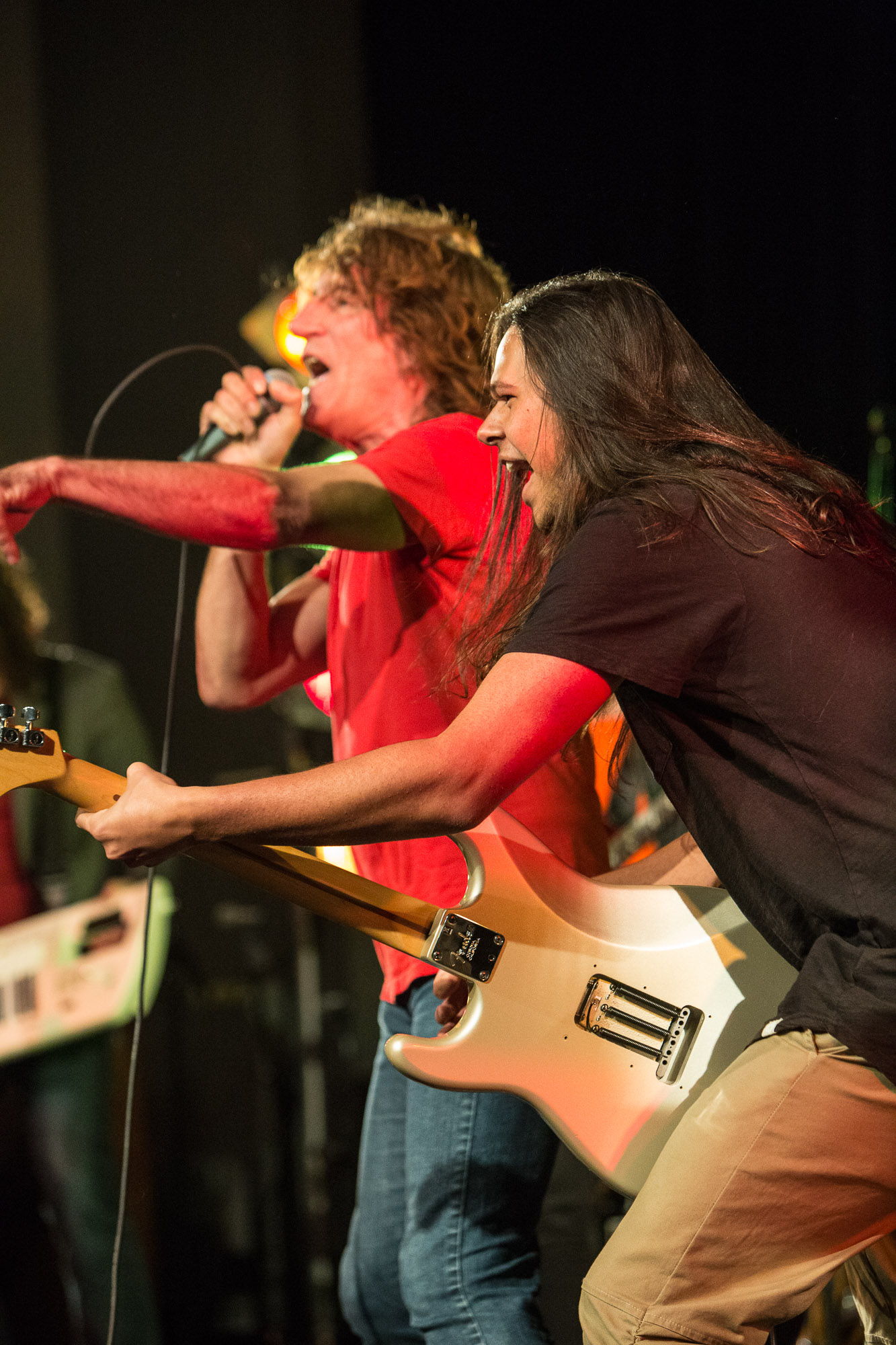 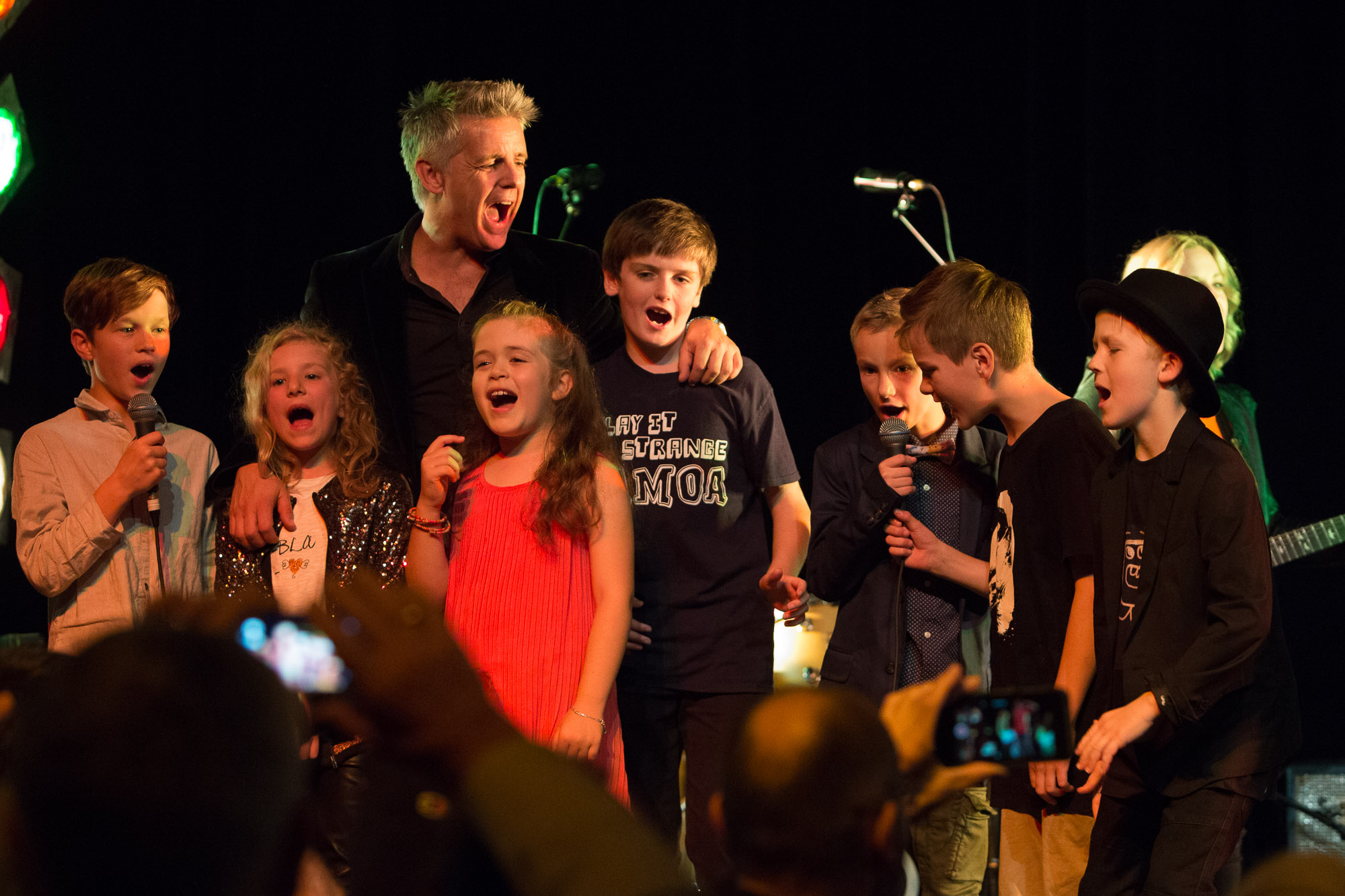 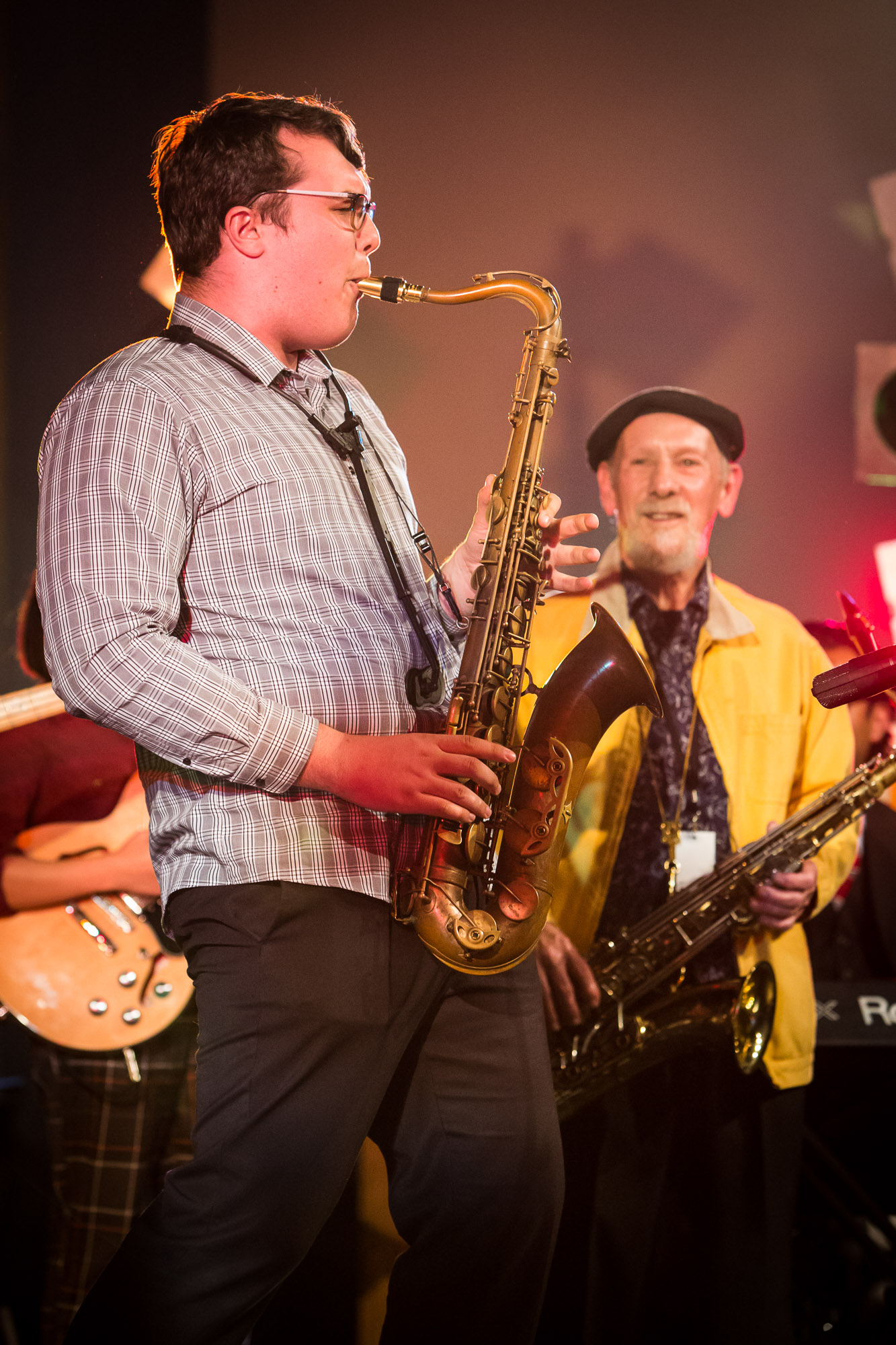 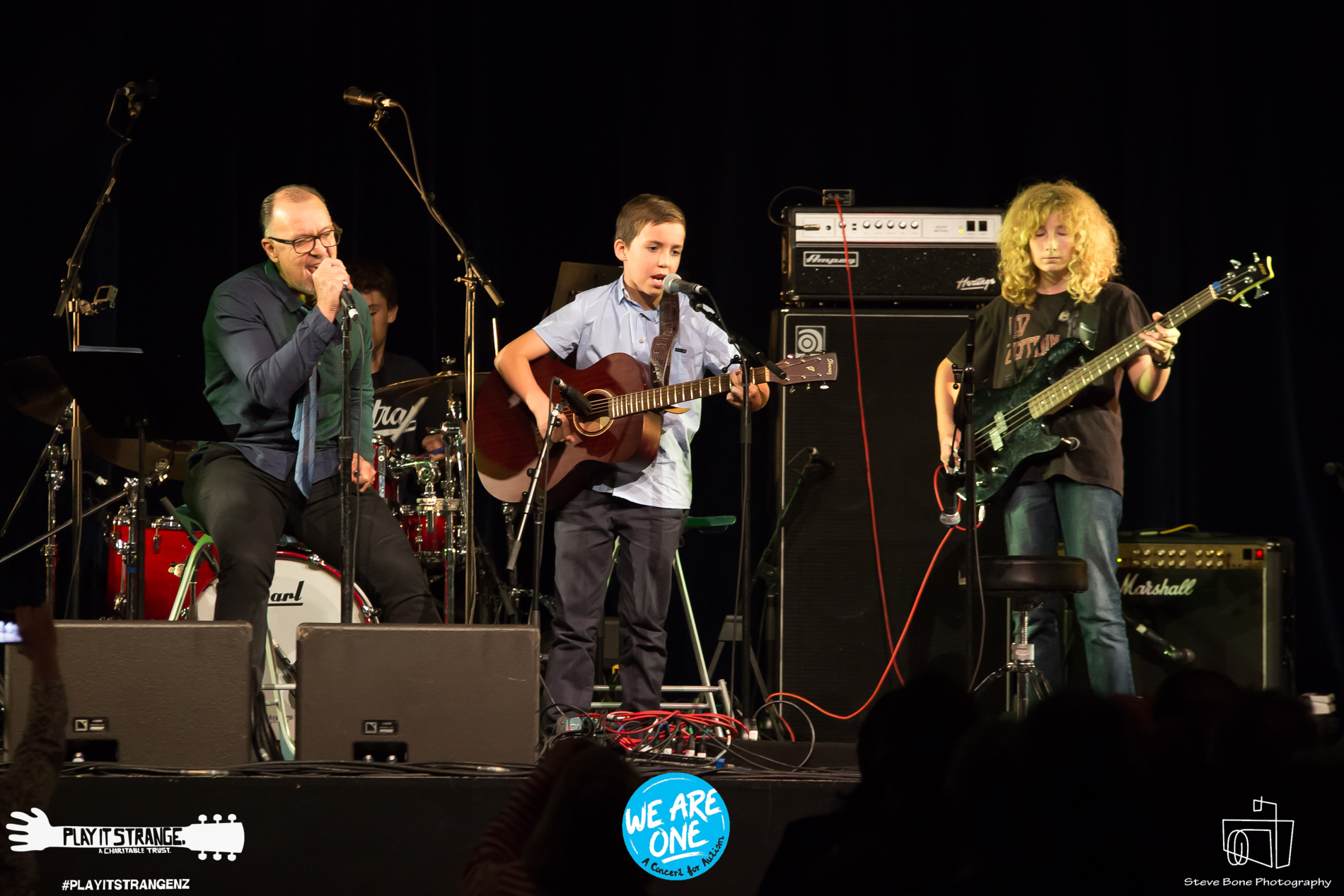 A Strange Day’s Night was staged in 2014 and 2015. To celebrate the Beatles (1964) and the Rolling Stones (1965) visits, more than 300 performers each year took the very same stage fifty years later to sing out songs from those two amazing repertoires.

The concerts were fundraisers for the Play It Strange Trust.

From primary school choirs and ukulele orchestras to iconic performers such as Jordan Luck, Fiona Macdonald, Tim Finn and Peter Urlich, Jason Kerrison and Waves ... and more.  And with students from schools like Green Bay High; Kaipara College; Sacred Heart College, St Cuthbert’s and eight more. From Queenstown to Wellington and the four corners of Auckland – they rehearsed, gathered and played their hearts out.

The audience mirrored their enthusiasm with huge responses to all acts. It was a unique and very special series of shows showing the power of songs in a communal environment.

Check out all the photos on our Flickr gallery:       https://www.flickr.com/photos/playitstrange/albums

The Jam Bus is a mobile recording studio for Primary and Intermediate Schools. Run by the Play it Strange Trust, the Jam Bus travels to schools, taking all the recording equipment you would normally find in a professional studio. The ‘bus’ is actually a van, and we set up in a room in the school, allowing access to the school’s musical equipment and to have more space for larger groups to take part.

The Jam Bus can record all sorts of musical ensembles: choirs, kapa haka, bands, orchestras, soloists. If you can play it, we can record it. Around 3 weeks after the session – once we’ve mixed the recordings and mastered the them, we send every student who has taken part in the programme a CD of the whole school’s recordings.

Play It Strange has already taken the Jam Bus to around 200 schools throughout Auckland & the North Island, and so far the response has been fantastic. We’ve recorded over 1000 songs, sent out over 15,000 CDs, and the talent that’s present in every school has blown us away.

Ukuleles are a great introduction to the music world for young people. They are suitable for little fingers and you can sing while you play – a good tool for songwriting.

Since 2004 Play It Strange has distributed 3,200 ukuleles to NZ schools as funding has allowed. The demand and enthusiasm is high. To date our providing ukuleles has been driven by funding from David Richwhite, The Mazda Foundation, The NZ Community Trust and the ASB Community Trust, Youthtown and the Sir John Logan Campbell Residuary Estate who have all generously supported our programme.

The NZ Rockshop in association with Play It Strange have come up with an “education only” price on a ukulele. Register on the NZ Rockshop Education website to find out more: http://www.rockshop.co.nz/edu/public/